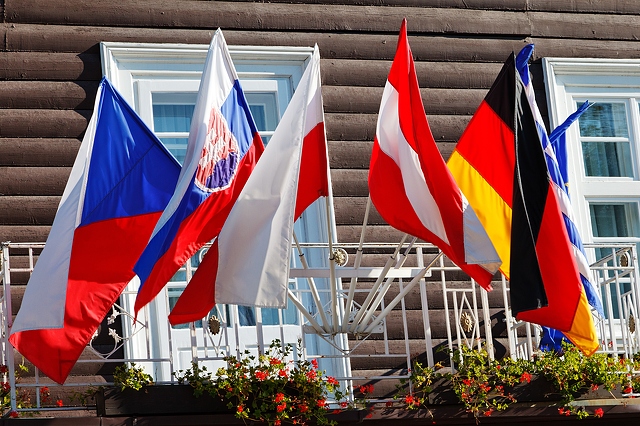 We are currently living in a period of many initiatives and ideas, but few executed plans – and even fewer observable outcomes. The latest hope for dealing with the financial blight caused by Coroanvirus is a two trillion-euro ($2.2 trillion) plan for economic recovery, as floated by the European Commission, ahead of leaders’ talks on Thursday.

Bloomberg reports that “the European Union’s 27 heads of government will hold a videoconference to discuss the next steps in tackling the coronavirus pandemic after stringent lockdowns shuttered factories and halted travel, pitching the world’s largest trading bloc into the worst recession in living memory. The EU expects output to contract by as much as 10% this year, according to an official.”

Meanwhile, here’s some on-the-ground data that reveals what’s been going on amongst Eurozone savers, who deposited €43 billion in March 2020, marking the eighth month where net inflows exceeded 40 billion euros since February 2019, according to a report by Hamburg-based Fintech and open banking platform Deposit Solutions. Crowdfundinsider carries the rest of the tale.

The company’s research indicates that French savers deposited the most into their accounts in March 2020, (€19 billion), followed by Italian savers (€17 billion), and Spanish savers (€10 billion).  Deposit Solutions states that a total of €7,800 billion is currently deposited in eurozone banks, of which €750 billion has been added in the past two years.

According to the report, German banks hold the most customer deposits in the Eurozone, as the largest EU economy should come as no surprise. Approximately €2,400 billion was in savings but in March 2020, Germany was one of the few eurozone countries where people held less money in their accounts than the previous month – a decrease of €10 billion or 0.4 percent.

Deposit Solutions said this phenomenon was similar to 2008 following the demise of Lehman when German savers pulled cash out or o.4 percent (€6 billion). At that time, in the following three months Germans transferred many times this amount (€70 billion) back into their accounts.

In other eurozone countries, however, there are differences between 2008 and 2020. In September 2008, there were also cash outflows from deposit accounts in the Netherlands, France, and Spain. In March 2020, however, all three countries were among the largest net contributors.

The report states that the COVID-19 crisis, as indicated in March 2020, is not a repetition.

Net deposits into deposit accounts fell steadily in the months before September 2008 and reached their lowest point with the Lehman bankruptcy. In 2020 during the Coronavirus pandemic, deposit growth has remained stable both before the crisis and at the time of its outbreak.

That figure is the result of over £23 million of loans facilitated on the site, as we bring individuals looking for a good return on capital together with carefully vetted small companies seeking funds for growth. Bear in mind that lenders’ capital is at risk. Read warnings on site before committing capital.