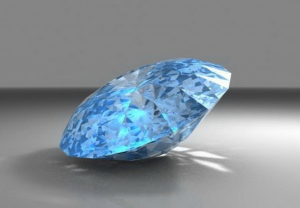 Close – but no cigar! This blue diamond is lovely – but treasure-hunters are looking for a small purple gem

Tonight will see the end of the first mini-treasure hunt game. Those of you who found the hidden gems on site and unlocked Money&Co.’s secret entry forms, will be entered in a draw to win £1,000. If you shared the news of our hunt on social media, there’s a chance that you may have qualified for extra entry forms.

The draw will be made late today, and the winner announced on Friday.

The games unlock every two days over the next nine days. As each new game unlocks, the £1,000 prize draw for the previous game will expire. Latecomers can still participate in the big prize draw at the end of the whole ten-day period. All you have to do is play the previous games successfully and collect all five parts of the five-part code. If you start playing tomorrow, for example, you’ll qualify for that mini-prize draw. But you’ll still need today’s code to enter the grand prize draw.

Once you have all five parts of the code that you’ll need to enter the grand prize draw for £10,000.

You can start playing this fun game by clicking here.

*** Money&Co.’s broader aim is to popularise our simple, exciting purpose of bringing people and businesses together. Become a lender and earn excellent returns from carefully vetted small and medium-sized businesses.

*** Coming soon on Money&Co.’s blog site, CEO Nicola Horlick opines on an unporedictable world: “Overall, in my thirty-one year career as an investor, I have seldom seen a more uncertain investment outlook.” A modified version of her blog will shortly be published by our friends at CityAM.