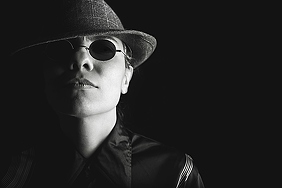 Sometimes we feel like we’re preaching to the converted. Regular readers may think we bang on rather too much about what we term The Great Savings Robbery – the low yields on offer for the £1.4 trillion (yes, a thousand times £1.4 billion) that Building Society Association figures show is lying around on deposit at banks and building societies earning very little interest.

So it comes as a form of wry relief when one of the Guardian’s money bloggers – who is definitely a more financially sophisticated individual than most – reveals that he has just taken the plunge and invested in peer-to-peer (P2P) business loans.

On the one hand it’s excellent that at least part of his investable capital is trying out P2P. On the other, why has it taken so long? Why haven’t we – ie, all of us in the P2P crowdfunding sector – done a better job of communicating the value that’s available?

Please read the excerpt below, and understand it in this context. There is no profit without risk. P2P lending does means capital is at a degree of risk (which we try to limit as much as possible – but do read the warnings on site). That said, the average gross yield achieved by lenders in the now more than £7 million of loans facilitated by Money&Co. is just under 9 per cent. That’s almost 36 times the gross yield Patrick Collinson was getting…

Patrick Collinson writes in The Guardian: “The easy saver account at my bank pays a princely 0.25% interest. If I open up its cash Isa and take advantage of my tax-free allowance instead, the rate moves up to 0.8%. If I am prepared to move the money and put it in the very highest paying instant savings account in the market, the amount of interest crawls up to just 1.65% – and that from a bank even I have never heard of. On top of this, the Bank of England, at its latest monthly meeting this week, decided yet again to hold the base rate at 0.5%. With no sign of ever getting a decent return on my cash, I have finally capitulated.

“For years we have written in Guardian Money about the tantalising rates on offer from “peer-to-peer” lenders. These are the internet-only operations which offer a sort of lonely hearts service for people who have money, matching them up with people who want to borrow it. By cutting out the banks they offer much higher rates of interest.”

We hate to say it, Patrick, but we told you so (or our readers and users at least).

In September last year, “The Great £72 Billion Savings Robbery” was chronicled in The Independent by Money&Co. CEO, Nicola Horlick. She also covered it in a blog on site here the preceding June, and we’d run our research findings here on site, several times, including this story as one of a series. 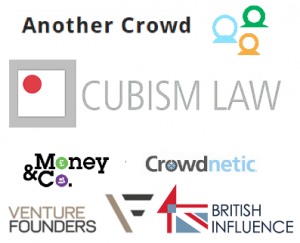 The time almost upon us. Tomorrow’s Alternative Funding – News Solutions To Old Problems conference is sold-out – but we’ve had a handful of late returns. To claim the very last places, Click Here.

Another, last-minute development is very welcome: We’re delighted to say that Kieran Garvey, policy programme manager of Cambridge University’s Judge Business School, will be making a presentation at Monday’s conference. Kieran will be sharing his wit and wisdom on crowdfunding and its relevance to the music industry.