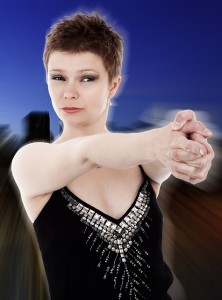 AOL Money, the finance reporting arm of AOL, offers interesting – but not surprising – market information from a survey that reveals a significant potential take-up for the new Innovative Finance ISA in 2016.

“Nearly one in four cash Isa savers would consider investing their money with peer-to-peer (P2P) lenders when a new savings product launches next year, research suggests.”

A survey, commissioned by fellow P2P lender RateSetter, questioned 978 savers with a cash Isa, and found that 60 per cent are not satisfied with the current rate they are getting.

“Around 24% of savers surveyed said they would be interested in opening a new ‘innovative finance’ Isa,” continues the article.

“Set to launch in April, innovative finance Isas will be able to hold P2P loans, which often pay significantly higher returns than cash accounts. P2P lenders act as middlemen, matching people who have some cash to invest with those who want to borrow money.”

At Money&Co. we have been banging on – there’s really no other epithet – about the awful rates on offer from cash ISAs for pretty much as long as this site has been publishing. Here’s a take on what we see as The Great Savings Robbery from last year, and here’s another from this autumn.

Rates may start to edge up in the UK, after yesterday’s gentle rise in the cost of money in the US – but the yield gap looks set to remain pretty huge (our lenders have achieved an average gross yield of over nine per cent, while cash ISAs provide a fraction of that, with the standard instant-access account rate being less than one per cent at the time of writing).

Bear in mind there is no profit without risk. When lending your capital is at some degree of risk. See this older article for an examination of comparative security, access and yield for cash deposits and P2P loans. Read the risk warnings on site.